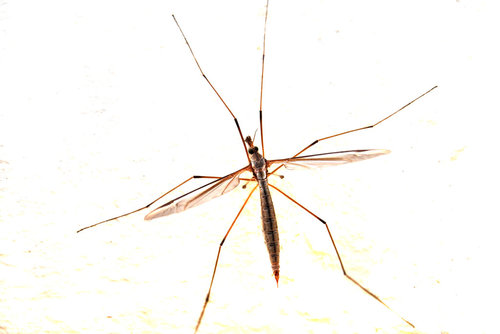 Considering that Southern California is on fire, both from the land and from the sky, the word, “hot” used to describe my current atmosphere is woefully inadequate. I have both fans going full blast but they are barely suitable for a cool day. I’m not really sure why I have them but I think both of them came from a jacked, last minute purchase due to last year’s heatwave. Well, compared to this, last year’s warm wave. Safe to say, I keep them just for the noise.

I went into the other room and noticed out of the corner of my eye something spinning and looping around in front of the lame box fan. I thought maybe a feather had popped out of my pillow or comforter but it was too scrawny and dark to be. But there is literally nothing on this earth that could be caught in the air current produced by that pathetic fan. Except for one thing, I guess.

I always thought mosquito hawks had it rough. I don’t know if they actually catch mosquitos but if they do, they are hiding some ninja skills in their otherwise totally dorky exoskeleton. I’ve always had kind of a soft-spot (as long as they don’t touch me) for them with their long, dangly legs and wings that don’t quite match and what must be genetically faulty sonar or the worst eyesight in the insect kingdom causing their constant slamming into walls, bookshelves, and walls in between other walls. I don’t find them scary, just tragically dorky. I picture them with huge coke bottle glasses and pocket protectors and clipboards, like benevolent civil servants with good intentions, trying their best to get from place to place, apologizing to everyone they trip over and knock into. I’ve felt sorry for every mosquito hawk I’ve witnessed banging into the same corner over and over again. (Not sorry enough I would do something about it, because, ew.) But sorry because I think that poor mosquito hawk is sure he was told to go that way. His directions are right there on his little clipboard despite the wall being in the way, and so he’s just going to keep doing what he’s doing until the darkness comes.

Now the mosquito hawk in my bedroom is the king of all mosquito hawks. And that is the saddest, most dubious honor one can be bestowed. You might think, ‘but wait, Molly, what about dung beetles? They have to roll up poo-balls all day long! That’s got to be the worst!’ but I’ll have to disagree as your average dung beetle, according to nature shows I barely pay attention to, is still an efficient, union-wage, operations machine. Balls are rolled, they are carted off into ball storage and then having stored the ball, finds the next dump site and clears it away. One, two, three, operation complete, mission accomplished. I have never seen any show where the dung beetle repeatedly rolls his ball into a spray of roots or large rock over and over again until it dies. Maybe I’m only seeing the glamorous side of dung beetle efficiency but I have also never seen a mosquito hawk do anything other than lose its way and corner itself to death.

So, I look over to the floaty, loopy thing in front of the fan and the mosquito hawk is desperately trying to right itself against the current. It’s not having much luck but if there is one thing he has, it’s determination. For some reason, determination enough to fly into the fan and sure death but that’s his goal and damn it all if he’s not going to try. He just keeps spinning and looping and when he’s far enough away from the fan, he rights himself and flies into the current again. It reminds me of the grocery bag scene from American Beauty because I’m pretty mesmerized by it for a good 20 seconds. It’s not the most beautiful thing I have ever seen but it is the most ridiculous thing right now. After about the fifth time it looped and flipped, it fell on the floor, probably to check with his managers who would undoubtedly assure him that is what corporate wants and to continue.

I  prefer to think of my stepping on it as an act of mercy. Mercy for ending its prolonged torture and for freeing it from its joyless existence as a miniature cog in the corporate insect machine. And I really didn’t want any animal, much less one with creepy, dangly legs, flying into my hair in the middle of the night, because, ew.