Laugh, Goddamnit, or I’ll cut you.

The moon was so amazing tonight. So much so that I even pulled my head out of my ass long enough to, not just notice but, remember and still be thinking about it when it’s already packed up its game and moved on to another house to play.

Cherishing a memory of what is actually a mundane, everyday occurrence, of its rising and moving on, its blind automation, doing what it’s been doing for billions of years, exemplifies the moon’s profound effect on us. So profound that it pulls our bodies, hearts, and minds to directions we don’t tend to normally swerve. It has a physical, emotional, mental, spiritual pull on us that, unless you’re trying to be oppositive just to be a dick, is undeniable.

Of course, it just could be my mood.

It could be the “reflective” part of my PMS swing. The part that is deep, contemplative, meaningful…right before the terror begins.

The thoughtful phase is a good one. It keeps me mindful of where we all come from, where we all began, and how we’re all to return. You know, earthy. Once in a while, everyone needs to feel the Earth, the Moon and the stars in their body and soul. Especially before a knife-wielding banshee comes flying through the door demanding ice cream.

You’re going to want to know your God then, my friend.

My thoughtful reflectiveness, or “soul petting” as I’ve only just made up now, entirely depends each time on how late in the evening it is and how much wine I’ve had, whether I’m getting along with my mate and if he needs to be drawn up and quartered, and/or the imbalance in my hormones that is tied to the pull of the moon and how God hates me. All determining the severity in which I’m going to take it out on you.

Granted, my getting along with my mate and his “moods”, (I mean, come on, moods? Men don’t know moods. Am I right, ladies?) or how much wine I’ve had, has nothing to do with these particular quirks in my day-to-day swings. Those things don’t really cause how badly you’re going to have to endure the destruction of the release of the Kraken. It has everything to do with that beautiful, hateful, deceiving moon and, its absentee landlord, gravity.

There is science to back up my assertions but I’m not going to bore you with all the technical shit. And I’m especially not going to read right now in order to explain it. But it’s true: the moon’s gravitational pull has an immense effect on, you know, cycles. Don’t make me say it. Let’s be adults here and act like adults. Let’s insinuate, infer, and randomly assume things until we’re all offended by something not intended for us but still hold grudges for life, i.e. adult.

But back to my point, this moon I was gazing so lovingly at is, at the heart as all things too good for us, evil. It is the cause of so much drama and pain in my perpetually annoyed existence. It rises, swoops in all pretty, like a smooth-talking, bouncing, fruit-bearing snake in a fast car, sweeping me off my feet only to make me pay for his abandoned bar tab. And I fall for it every time. You’d think after month-after-month for 30 years of this shit I would know better. You’d think that I’d be able to predict, summarize, talk myself out of, or rationalize my taking these mood swings out on random strangers that don’t know how to drive even though they all went to the same fucking driving course in high school that I did. You’d think there’d be a remedy. There isn’t. There’s no remedy for bad driving. Just stay off the fucking road, Goddamnit.

Anyway, it is a beautiful moon and I’m grateful for the experience. Evil, though it may be.

Okay, you either get the reference from an earlier post or I’m starting to sound crazy. 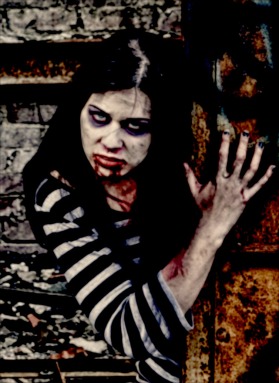