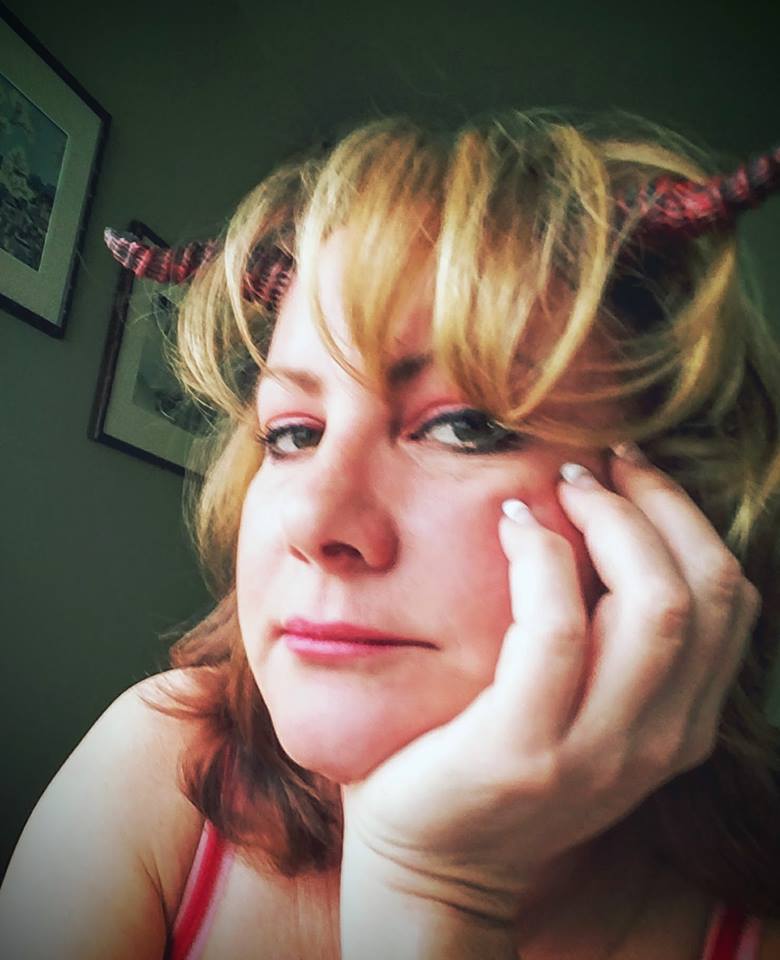 20+ years ago I was stabbed in the throat by some asshole stranger who just didn’t like women. My friend and I happened to walk by his path and received his wrath.

She and I are fine now, he’s dead. It’s another story.

Stemming from this instance…being stabbed in the throat combined with a host of existing issues due to the immensely important thing I’m going to explain…I went to a rehab center that promised to help with my PTSD and ensuing Depression. It didn’t. While I’m so grateful for the opportunity I was gifted, that place sucked balls.

Again, that place is another story. And not my direct point.

Something regarding the #MeToo movement I read tonight had me thinking. It got me thinking how pervasive misogynistic attitudes are about women in general. So much so that, even though we’re 51% of the population, our functional health issues are disregarded. So much so, even other women are convinced that they are bullshit.  When I think about it, I’m suddenly horrified by how acclimated I became with the status quo of shitty attitudes towards all things “female”.

To come around to my point, as I  was attending this awful place settled on top of a Sierra in Tucson, AZ, we were required to attend morning meeting with the rest of the ~75 patients and confess aloud what we suffered from. One day, I said, in a disrespectfully joking manner, “I’m a victim of a violent crime, have ADD, PTSD, and…PMS.”

Everyone laughed because I was trying to be funny. It was disrespectful of me to be making light where I should’ve respected others’ weight. I didn’t think much of it then, though. I should have.

I wonder, now, why did everyone laugh? Why did I think that was funny? Why would a painful, disruptive, disabling condition like PMS be funny? Ever?

20 years after my little haha fucking comment, I finally find out that my biggest issue in life has been PMS, more correctly, PMDD.

It has crippled my life. And it’s certainly not funny.

So why do we think it’s funny? Because it has to do with menstruation and that’s icky? Probably. Is it because it’s a female problem and therefore “dainty” and ridiculous? Probably.

Because of how pervasive this ridiculous, asshole-ish, misogynistic attitude is, it’s been barely even researched. It’s always been acknowledged but only as a weak symptom of being unfortunate enough to be born a woman.

Last year, writer Frank Bures questioned if PMS was real in his book, The Geography of Madness. In the above linked excerpt from Slate, he cites research that suggests that PMS—and its more brutal relative, PMDD—are culturally constructed rather than founded in biology. However, he recognizes that even if (and that’s a big “if”) something is a social construct, that doesn’t mean it’s not a real experience. He throws in examples of research that found women who endorsed stereotypical gender roles experience more “menstrual distress” and sheds light on the cultural differences between how eastern and western women experience their time of the month before coming to the conclusion that PMS and PMDD could be “cultural syndromes.”

–I would love to show Frank Bures-asshat, whoever this ridiculous idiot is, the hole I put in the wall at work just because the door was closed when it shouldn’t have been. I’m not saying which door…–

PMS is real. PMDD even more so.

PMDD can be so misunderstood that the condition is frequently misdiagnosed as a mental illness like bipolar disorder. It leaves thousands of women in a dark place or suicidal for at least one quarter to half of every month.

It occured to me tonight that my comment 20 years ago was perpetuating the same cultural belief that this isn’t a problem to be concerned with because it’s a “woman” problem. I thought it’d be funny because no one takes it seriously. I thought it’d be funny because I was told that my rage, suicidal thoughts, and depression I’ve suffered once a month for 35 years that leaves me holding my knees and rocking, sobbing, and praying I can control myself, is just a weak, “woman” problem.

It’s like a revisiting evil demon who sits on your shoulder whispering reminders of your every regret. It makes you question your reason for existing, your reason for being on this earth. It removes your logic and ability to function. It reduces you to caricature.

So I ask again, why do we think that’s funny?

One thought on “Asshole-Attitude Pervasiveness”